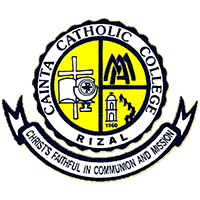 Cainta Catholic College dawned through the CICM missionary zeal. In 1931, Rev. Fr. Jose Tajon was parish priest of Our Lady of Light. Since he ran a school at the Manila Cathedral. his former parish, he deemed it wise to open a Catholic School so that the children of the town could avail of primary education.

From charity money and donation, Fr. Tajon was able to maintain the school free of tuition fee but with regularly paid teachers. He indeed established a feat of sort, as he was able to have this arrangement even during the duration of the Second World War. Enrolment increased each year up to 1944. The pupils were housed in three classrooms made of nipa and wood. Before Filipino became a national language, it was already part already part of the curriculum though the students spoke English just as well. The school produced most of the leading Catholics in Cainta.

All through the pre-war years until the Japanese occupation and the American liberation, classes were continuously conducted. But in December 1944, Fr. Tajon died at the Santiago Hospital, during the shelling for the liberation of Manila. With his death, Cainta Catholic School unfortunately ceased its operation.

In 1959, Fr. Daniel Courtens, another CICM priest, was appointed Parish Priest. Having observed the expenses and the risk, the youth of Cainta faced in wanting to have a secondary education offered in neighboring towns, he decided to re-open Cainta Catholic School. School year 1960 – 1961 began with seventy-four students enrolled with important emphasis given to religious instruction and moral formation. Special participation in all church activities was stressed as a basis for moral life. Along this line, vocational education was also provided so the youth can be prepared for earning a livelihood in the future.

Initially, the school was housed in two rooms: one for the boys and one for the girls. In 1963 a new building was constructed to house eight classrooms, an administrative office, an adequate library, a laboratory and a faculty room. Fr. Courtens kept the cost of the building construction secret, attributing it mainly to the Roman Catholic Church and some generous benefactors as sources of funds. In fact, people wondered as to how the school managed to survive the low fees collected.

The year 1964 marks the milestone for Cainta Catholic School. The first batch of forty-four graduates received their diplomas. As the populace kept growing there was a need for additional classrooms. The old Church building was converted into a two-story edifice. A new one was constructed to connect the main building with the old church structure. Fr. Walter de Vilder who took over made this possible as parish priest and school director in 1965. With the assumption of office of Msgr. Sta. Ana in 1975, CCS became a two-level school. The Elementary level started with Kinder and Grade 1, and a grade level was opened each year up to Grade VI.

The Pre-Elementary department was opened in the school year 1988-1989 through the initiative of Msgr. Mariano T. Balbago Jr. who succeeded as parish priest and school director. By then the student population has reached 7,000.

The 1990’s marked more improvements. Computer subject was added to the curriculum of both the elementary and high school. But religion as core of all subject areas was kept alive and strengthened. Two new buildings were constructed: the Cardinal Santos and John Paul II.

Facilities were improved. K1 and K2 rooms were air-conditioned. An Administrative Building was built to house all offices. There is no end to growth for Cainta Catholic College as it works for the attainment of its Vision, Mission, Goals and Objectives. Cainta Catholic College as an institution of learning and human formation, faithful to its Vision-Mission adheres to and believes in the fulfillment of the different core values as mandate to make these values a living school culture.

In September 17, 1997, Rev. Fr. Efren C. Villanueva was appointed as the new College President. Believing in the school’s potential for development and excellence, the president instituted reforms in an encompassing fashion. In academics, a progressive development upgrading instruction and curriculum was instituted simultaneously with the professionalization of teaching academic staff by sending a sizeable number of teachers for post graduate studies at DLSU specializing in different fields.

Information Technology and computer education were substantially enhanced introducing the state of the art hardware and software to fully automate offices. State of the art laboratories in science, computer and speech alongside with the new technology and home economics building were constructed. Human resource management and center for integral evangelization offices were also created, professionalized and systematized.

As the new millenium approaches, a new president of the institution was installed in the person of Rev. Fr. Paquito G. Gallego. The installation, last Nov. 30, 1999, was done during the Holy Sacrifice of the Mass celebrated by the Most Rev. Protacio G. Gungon, DD. The entrance of Fr. Pax to the school paved the way to widen the horizon towards academic excellence which the school primarily desires. The Academic personnel were empowered to particularly focus on the curriculum and discipline, the school’s well-being and standard, with special emphasis on the cleanliness of the school. For all of these to be implemented and run like a well-oiled machine, he gathered all the heads and supervisors of all the departments to form the President’s Council and appointed Bro. Joel C. Javiniar and Atty. Carmencita P.L. Logan to be the Executive Assistants for Academic Affairs and for Institutional Planning and Development, respectively. Likewise, he appointed Mrs. Cecilia V. Vinluan to be the Executive Assistant for Student Services.

With both the Academic and Administrative departments in place, the construction of the new THE building was realized; the former Accounting and College offices inside the Administration Building were transformed into classrooms for the College Department. Since the Perpetual Adoration Chapel is located outside the school campus, the former office of the Property Custodian was refurbished into a prayer room for the spiritual needs of both the students and the employees alike. Meanwhile, the President’s office was transferred to the 2nd floor of the former T.H.E. building, and the HRMD took over the vacated President’s office. In February 9, 2004, Cainta Catholic College, then a Parochial school, was elevated to the status of a Diocesan College. This important phase in the indelible history of the institution is attributed to the initiative of Fr. Gallego and the resolution of the Board of Trustees led by Most Rev. Fr. Gabriel V. Reyes, Bishop of Antipolo, accorded CCC all the rights and privileges of a Diocesan College as provided by the Canon Law. In this same year CCC worked on Self Survey to prepare for accreditation.

As the institution celebrates its Tri-Fest, making seventy five years from the first year it was founded as a catholic primary school, the tenth year of the college department, and the closing of the Sapphire year of the high school department, Msgr. Arnel F. Lagarejos was installed President of Cainta Catholic College and at the same time the parish priest of the Our Lady of Light Parish in June by the Most Rev. Gabriel V. Reyes, Bishop of Antipolo. With his assumption into office great strides were taken to fulfill the vision and mission of CCC.

In November 29, 2006 Cainta Catholic College was accorded level one accreditation by the Philippine Association of Colleges and Universities Commission on accreditation (PACUCOA), a quest the institution has prepared for so many years.

To provide basic quality service to the CCC academic community, a variety of management techniques were initiated. A revisit of the VISION-MISSION of the institution in the light of the new challenges for CCC after accreditation was done resulting to a revised statement of vision and mission. General assemblies and focused group discussions were conducted as means for consultation, cascading, and eventual owning of the vision and mission.

The management spearheaded the conduct of a Staff Management Audit resulting to well-informed management decisions. Customer Services Survey and Performance Evaluation of School Administrators were carried out to gauge the level of satisfaction of students and personnel in the services provided by school offices and administrators. These measures resulted in the streamlining the organization for a more efficient and effective delivery of quality Catholic education. The tuition and miscellaneous fees were rationalized by lowering the miscellaneous fees as a way to open access to CCC education. Children of employees were granted tuition fee discounts as incentives to their committed service to CCC.

Development of Cainta Catholic College is continuous and inspired by the hopes and dreams of its academic community. With concerted efforts CCC may still realize the dream of offering health allied courses, achieving Level I-Formal Accreditation, increase in the number of satisfied parents and students, and a lot more. With the intercession of Mary, Our Lady of Light, May Cainta Catholic College truly become a community of Christ’s faithful in communion and mission of proclaiming the gospel values of Truth, Justice and Love. 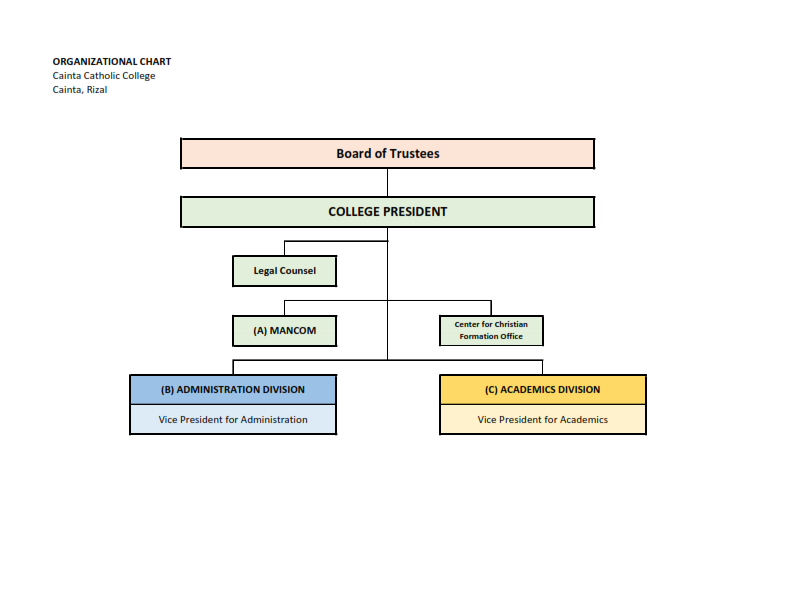 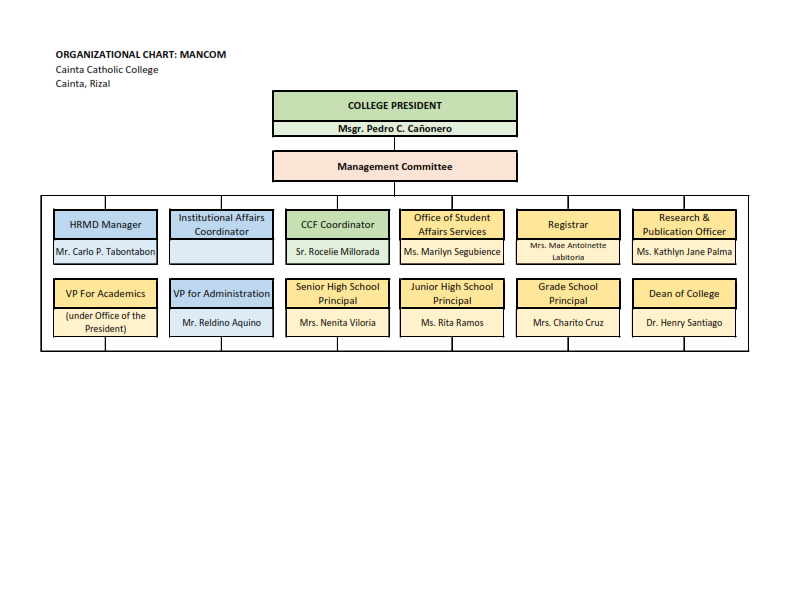 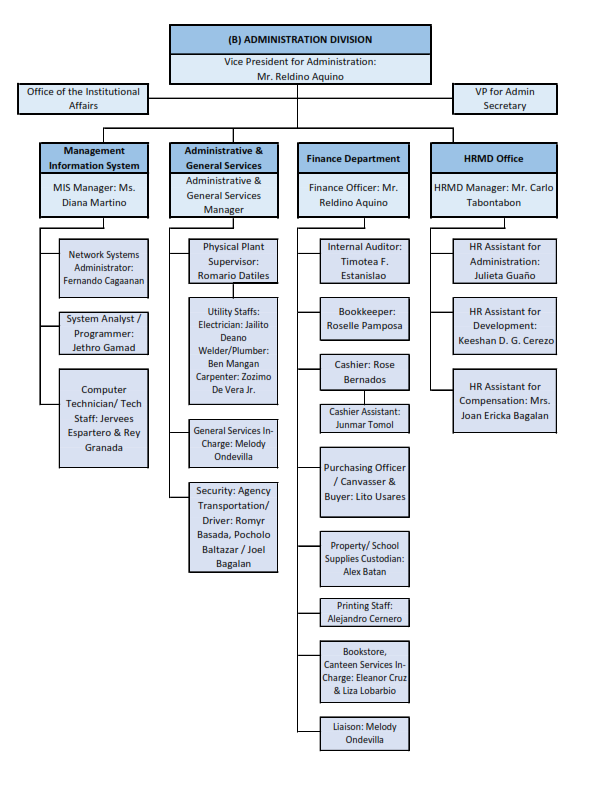 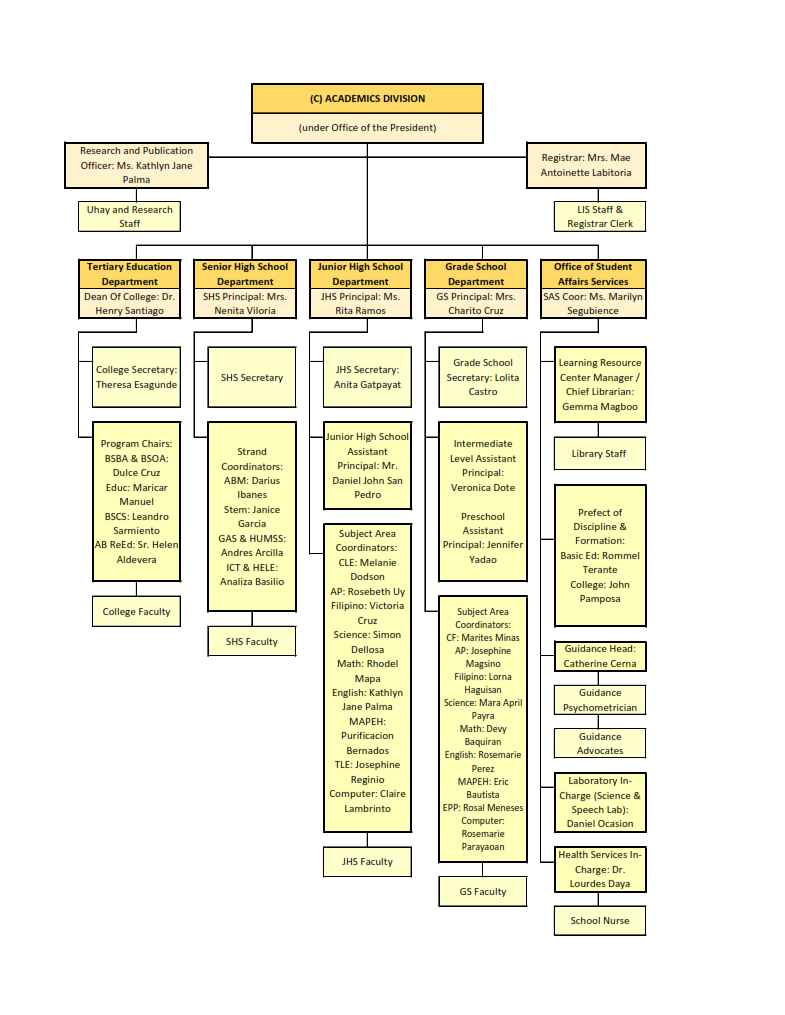 Message of the Director 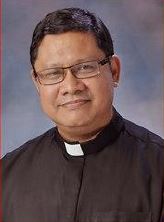 I am confident that it will give you a good overview about the member school’s vision and mission and the values they uphold.

This website is also a platform for knowledge sharing. The website design allows for easier navigation of documents, programs and activities for students and parents.

We have been called to adapt in different ways over the last months due to the pandemic. I sincerely hope that you will find this website informative and useful especially now that most classes and school transactions are done online.

I encourage you to frequently visit our website. If there is anything we can do to make it better, please feel free to contact us so that we can improve it.

Let us navigate this pandemic situation together.

Admission of students is a sole prerogative of the Institution. Hence, The school reserves the right to admit or reject any student seeking admission in the school. However, a student may only be admitted after he/she has accomplished/ submitted the following requirements:

Guidelines for Admission
1. Graduates of Cainta Catholic College (Grade School Department) academic rules and regulations are exempted from taking the entrance examination but are required to submit the original Report Card on or before the specified date.
2. A student is officially enrolled upon presentation of the student’s copy of the official enrollment form to the teacher or professor.
3. No student will be admitted in the classroom without official student enrollment form duly marked “Enrolled”. STUDENT

The Guidance Program aims students to become the persons they are meant to be: fully human through services and program it provides. Students are able to know themselves better develop effective study habits, deal constructively with their feelings and make appropriate decisions on their present and future plans.

a. Individual Inventory service: gain a better understanding of the students, by the students themselves, the teachers, administrators’ parents and counselors.

d. Placement service:
Peer Facilitator’s group- they assist the Guidance Center in facilitating the activities and programs. They also serve as ‘bridge’ between counselor and students.
Students Service Team – they are the outstanding students from each class who would help their classmates with academic difficulties.

e. Testing Service: provides an objective picture of the student’s personality mental ability, interest and aptitude and achievement for self-evaluation by the counselors and other significant persons.

f. Counseling Service: It provides for the students a trusting and helping relationship enabling the experience of being cared for and wanted for wanted for what he/she really is. It is the heart of the guidance program and services.

h. Research and evaluation Service: contribute to the improvement of the guidance and counseling programs and services, their efficiency and effectiveness. 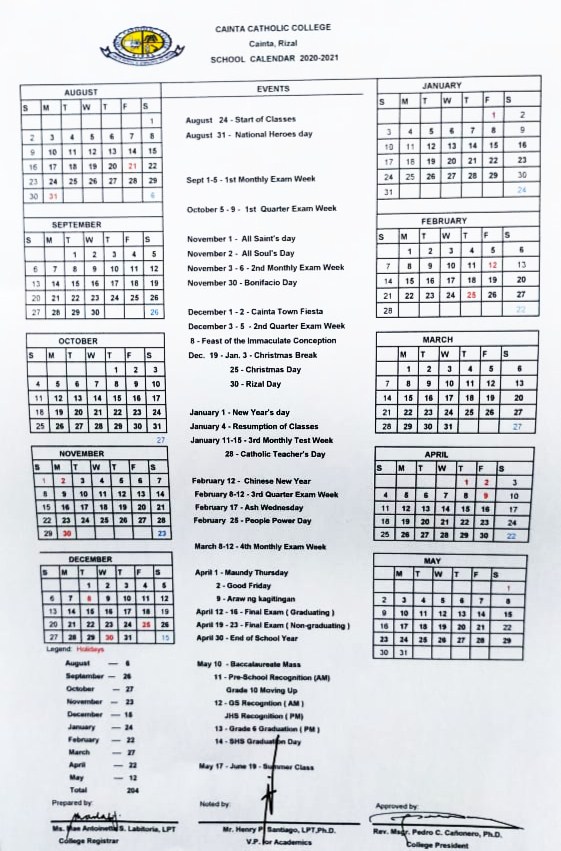