St. Joseph Parish School, Inc., a non-stock – non-profit institution established in the town of Baras, province of Rizal, was founded by Rev. Arthur Price, SSC in June 1952. Initially it started under a different name as San Ildefonso College of Baras, as a branch school of San Ildefonso College in Tanay, Rizal, then it became Saint Joseph’s High School in 1953 under the directorship of Rev. Fr. Eliseo Peregrino.

In accordance to Philippine laws, the school was incorporated with Securities and Exchange Commission on May 19, 1986 and was approved in March 16, 1987 with Registry No. 19349. The school was officially recognized as learning institution in the following years:

The significant event of the school was its changing of name from Saint Joseph’s High School (SJHS) to St. Joseph Parish School (SJPS) with the initiative of Rev. Fr. Patrick Ronan, a Columban Priest and School Director; through Bishop Patricio Gungon who was the Chairman of the Board of Trustees of the school. The reasons for the change of name were to emphasize that the school should be an integral and active part of parish life and it may have an umbrella name that will come all levels of education.

The following year was the official recognition of Pre-school & Elementary Level under the principalship of Mrs. Cresisanta A Vallestero.

St. Joseph Parish School, has been under the Diocese of Antipolo Catholic Association (DACSA) commissioned by Manila Archdiocesan and Parochial Schools Association, (MAPSA).

SJPS runs under the implementing guidelines of MAPSA. All the major policies and decisions governing the institutions are coursed through the Board of Trustees of the School.

Presently, Rev. Fr. Neil Vincent M. Tacbas serves as the School Director of St. Joseph Parish School. With him is the Director’s Council who represents the key administrators and decision makers of the school. Through proper consultation, the Council exercises official jurisdiction over important pronouncements on vital issues affecting the institution.
Over the years, SJPS has subscribed to the idealism and charism set of patron Saint Joseph who possesses humility, and simplicity, and a good servant leader of God.

Since its establishment in 1952, SJPS has served the local church, Baras community and nearby town clientele in achieving the goals and core values in serving the educational needs of learners.
With several years, as recipient of Government Subsidy from Private Education Assistance Committee (PEAC) such as Educational Service Contracting (ESC) and Teachers Salary Subsidy (TSS), the school is surviving catering the average income students. The school was rated as above average in Instructional, Physical and Academic aspects of the FAPE Certification Education Standards.

With this, the SJPS continues its development in physical, instructional and academic programs in order to fulfil its vision and mission.

A succession of Directors and Principals gives credence to the school’s more than 60 years of existence.

Message of the Director 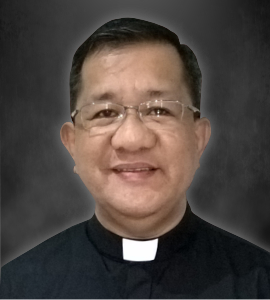 Amidst this trying time, the prayer and call of Jesus for UNITY, is an encouraging invitation and reminder for us all, to withstand the new normal orientation in educating our learners, for this school year 2020-21.

Our initiative in putting our resources together in our educational system, is an indication of ONENESS for comprehensive and timely responses to the signs of the times, with all the limitations and uncertainties that came our way.

The journey towards our adjustment is indeed challenging.  Hence, our continued support as “ONE FAMILY” will certainly ease the tensions of current endeavor.

Let us be UNITED as we journey towards the threshold of the NEW NORMAL.

May the Father and the Son and the Holy Spirit keep us one in FAITH and SERVICE.